A downloadable game for Windows, macOS, and Linux

Dummy page for cassie magd expo project, aglst.  Despite the "clickbait" title, this is a serious game and not a meme!!

Anime Girl Laser Space Tank (AGLST) is a genre mashup game that combines mechanics from top-down shooters, anime gacha games, and visual novels to create a unique story-driven experience. Customize your own tank, recruit allies with unique abilities to fight alongside you, and defeat the badguys with a combination of teamwork and gratuitous explosives.

This game's character portraits were created with the genetic algorithm "Artbreeder." That means each of them is a new, unique character who doesn't exist anywhere else and has no human artist. I'm working on the UI art right now. The rest is "grayboxed" with random assets I found in my files. Hopefully I will have time to replace this art with my own. >:o

1). Test your luck by rolling against chance to unlock new characters, each of whom commands her own laser-shooting "space tank."

2). Visit numerous sectors across the galaxy, each with its own lore, conflicts, and narrative.

3). Build a team of characters suited to the sector's unique challenges and fight the badguys.

4). Make decisions in the heat of battle that will affect the story and the fate of those around you!

5). Depending on your choices, new characters might become available to roll for (to add to your team). 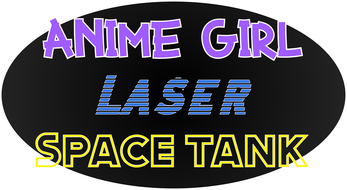